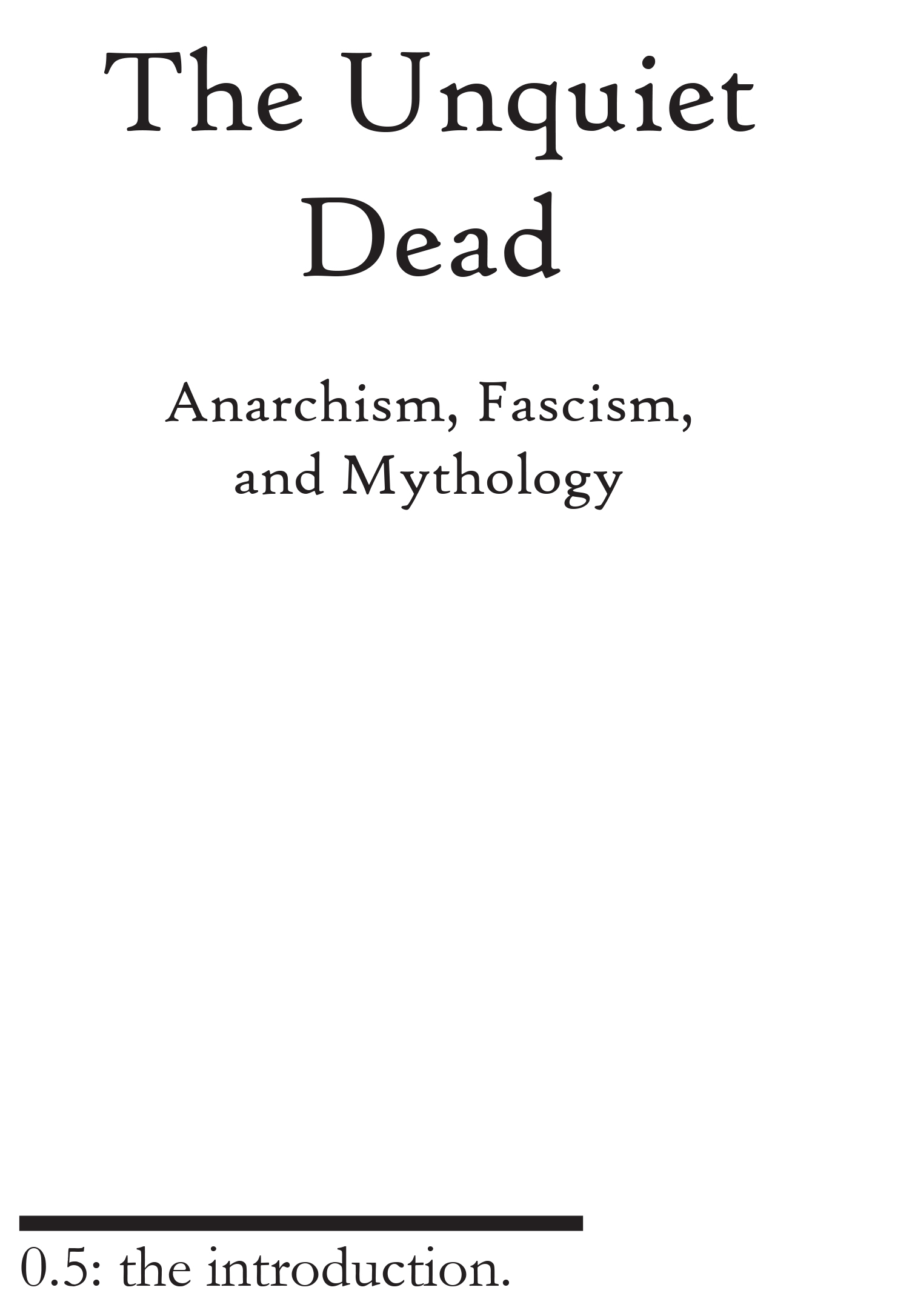 This is the first installment of a full length book The Unquiet Dead the full text is available unquietdead.tumblr.com  and we will be posting recordings of the other chapters as we finish them. The introduction includes an explanation of the project; reflections on history, myth, and essentialism.

"...We organized against white supremacy, which exists in non-fascist formations but is closely linked to fascism... and we knew that the U.S. police continue to be an armed, powerful, racist organization with links to explicitly fascist groups. Still, in many ways, we slept.
Alas, there is no haven to flee to; we cannot escape our doom, whether it comes from without or within, without facing it down. At present, this country is threatened by ISIS, a religious-fascist state force; rightwing populists use ISIS to justify their fascist rhetoric; the police continue to murder black people with little consequence; and elements of fascist mythology sometimes even manifest within radical communities."

Uploaded by resonanceananarchistaudiodistro on August 25, 2017